Have your say on our setlist...

We'll be going out on the road again in 2012 and we want you to help us decide the setlist for our shows.  Do you have a favourite FM song you wish we would play live?  Now's your chance to have your say!

We've given this careful thought and have chosen 11 songs.  Please select your 1st and 2nd choices from these songs and let us know too if you are planning to come to any of the shows we have announced.

We want to hear from everyone, wherever you are and whether you are able to come to our shows or not, so please click here to send us your vote!

Indiscreet 25 Live goes out on the road... 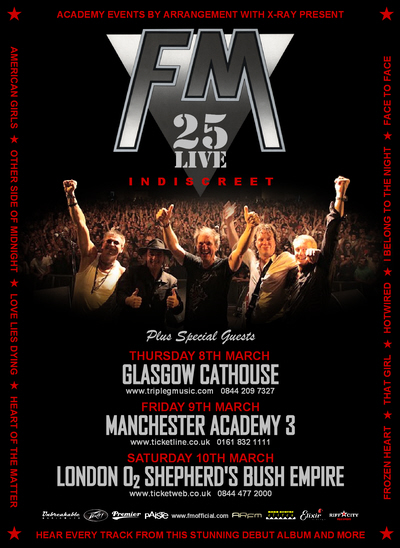 We are excited to announce that we will be taking INDISCREET out on the road in 2012, continuing our celebrations for the 25th Anniversary of its release.  Yes, for the first time ever we will be performing our debut album live on stage in its entirety as part of a full concert.

All tickets go on general sale Friday October 21st.  Please see our Live page for booking info for these dates.

*Tickets for our London show will be available on O2 Priority pre-sale from 9am Wednesday October 19th on the O2 Priority site. 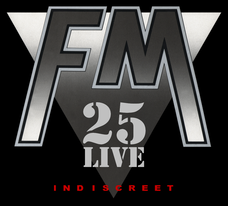 Our Indiscreet 25 Live page has been updated with more photos from the archives.

FM Special on Get Ready To Rock Radio this Sunday

Steve and Jim met up with David Randall of Get Ready To Rock Radio this week for a chat about INDISCREET and the 25th Anniversary celebrations.

Tune in to the FM Special this Sunday October 9th 6-9pm UK time at Get Ready To Rock Radio.