Closing dates for TOUGH IT OUT LIVE album and clothing pre-orders:

The last day to place orders for merchandise is Friday 5 March 2021.
https://bit.ly/FM-shop-clothing

The pre-order for signed copies of 2-CD TOUGH IT OUT LIVE will close on Friday 19 March 2021. https://bit.ly/preorder-TIO-live 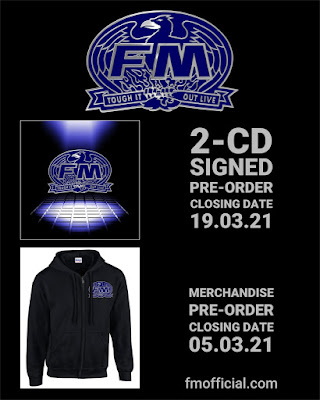 TOUGH IT OUT LIVE is set for release 9 April 2021 via Frontiers Music Srl and today you can get your first taste of the album with the release of live track "Tough It Out" and video featuring footage recorded on the "Big 3-0 Tour" in December 2019 when we celebrated the 30th Anniversary of the release of TOUGH IT OUT.

Pre-order/save TOUGH IT OUT LIVE at https://orcd.co/toughitout. Signed copies are available to pre-order at https://bit.ly/preorder-TIO-live

"What a splendid tour this was" says Merv Goldsworthy.  "We recorded every show so it was very difficult to pick which recordings to use as the audiences were amazing night after night. We are really, really pleased with the results. It was also great fun putting together the second half of the album as there are some great songs on there that are rarely played live."

In addition to the tracks from TOUGH IT OUT on CD1, CD2 features previously unreleased live tracks cherry-picked to offer a setlist that delves into the deeper FM repertoire.

CD1
Intro
Tough It Out
Don't Stop
Bad Luck
Someday (You'll Come Running)
Everytime I Think Of You
Burning My Heart Down
The Dream That Died
Obsession
Can You Hear Me Calling?
Does It Feel Like Love
Feels So Good

Spain co-headline dates with Gun rescheduled to May 2022

Due to ongoing concerns regarding mass gatherings and for the safety of our fans during the pandemic, our co-headline shows with Gun in Spain have been rescheduled to May 2022. 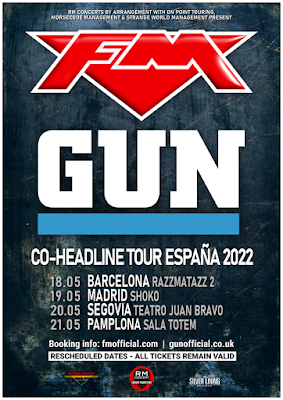 New TOUGH IT OUT LIVE merchandise in webshop

To complement the 9 April release of our double live album TOUGH IT OUT LIVE, we have the following new items in the FM webshop...

All items are quality Gildan clothing and feature the FM "Tough It Out Live" logo in metallic silver and blue.

Please note: This is a merchandise pre-order. The pre-order will close Friday 5 March 2021 and all orders will be dispatched week commencing 22 March 2021. 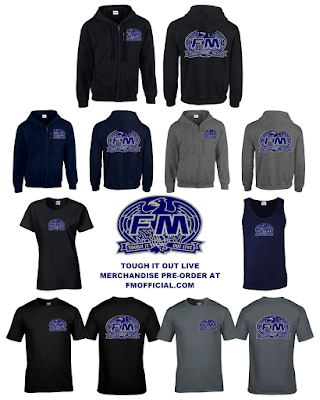 To pre-order our new album, the 2-CD TOUGH IT OUT LIVE, please head to https://bit.ly/preorder-TIO-live

Email ThisBlogThis!Share to TwitterShare to FacebookShare to Pinterest
Labels: hoodie, merchandise, T-shirts, Tough It Out, webshop

Sweden shows rescheduled to May 2022

Our Swedish shows - originally due to take place in March - have been rescheduled to May 2022 due to the current pandemic.

The new dates are: 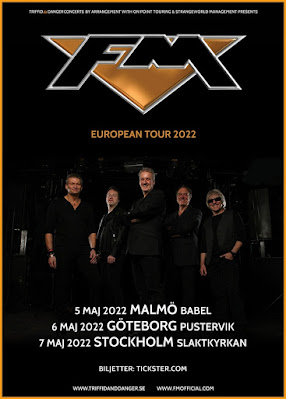 We are pleased to announce the addition of a show at De Cacaofabriek in Helmond, Netherlands on Friday 19 November 2021.

Tickets for this show are available from: 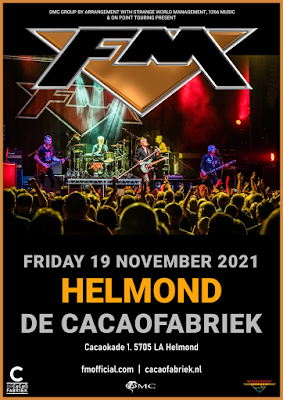 For details of all our upcoming shows please head to the FM Tour Dates page.