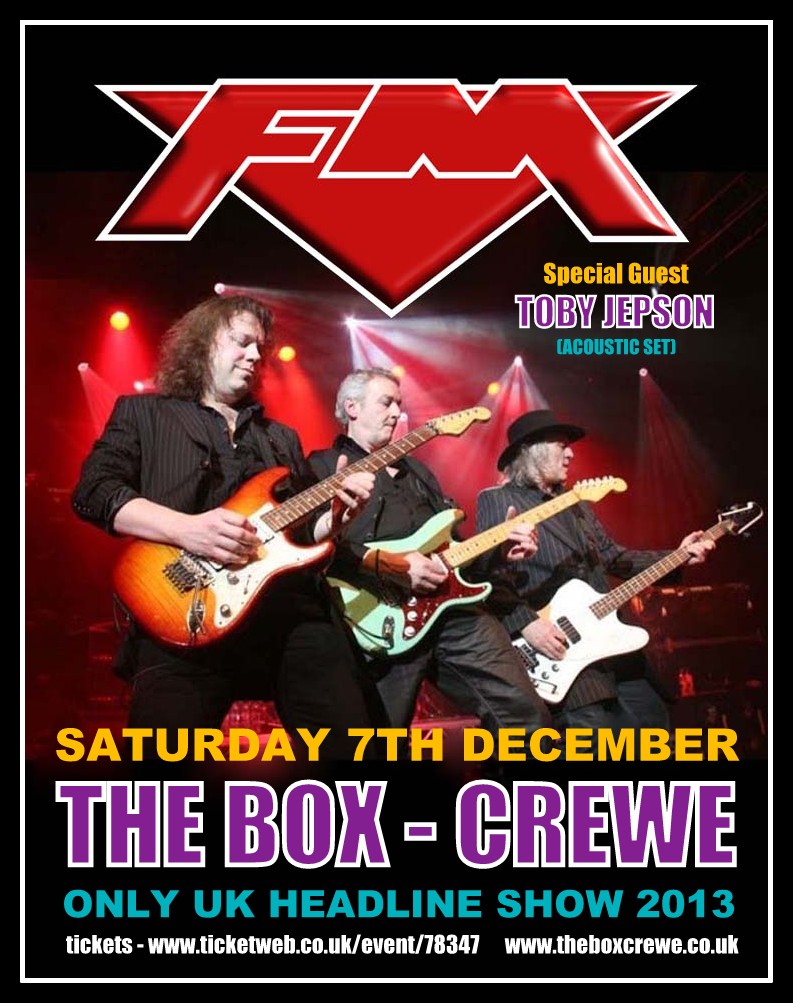 We will be having a Meet & Greet after our set at The Box in December.  To apply please head over to our Meet & Greet page.  The deadline for applications is Wednesday 20 November 2013.

Tickets for this show - with Special Guest Toby Jepson performing an acoustic set - are selling fast.  Get your tickets at www.ticketweb.co.uk/event/78347 to avoid disappointment!

Giants of Rock plus Foreigner / FM Antwerp & Paris shows for 2014

We're thrilled to announce the following shows have been added to our schedule for 2014...

29 January 2014: Giants of Rock Update - Please note the Giants of Rock line-up and schedule has had a major re-organisation and we will now be headlining the REDS stage - onstage at 5.45pm.

Foreigner and FM will be appearing at Musiekcentrum TRIX in Antwerp, Belgium on 17th April 2014 and Le Bataclan in Paris, France on 18th April 2014.

Tickets for the Antwerp show go on sale from Friday 1st November 2013 at www.biebob.be/concerts/?ee=74

Tickets for the show in Paris are on sale now at www.gdp.fr/fr/node/17394 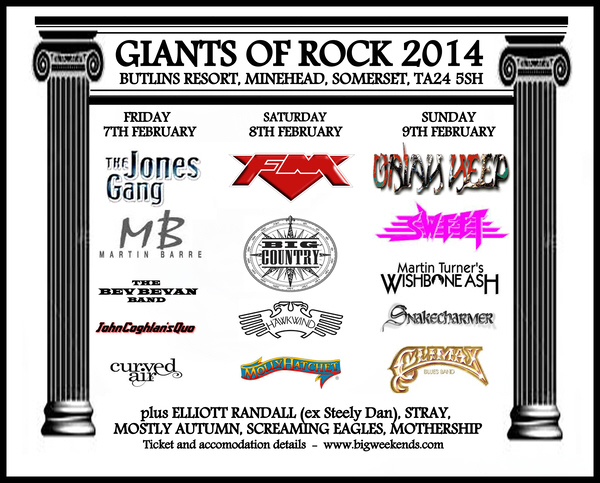