TOUGH IT OUT is 30 today! Competition time...

TOUGH IT OUT was released 30 years ago today!

To celebrate we're having a little competition... First prize is a VIP meet & greet with the band with soundcheck access at one of the shows on the December Big 3-0 Tour featuring FM, Dan Reed Network and Gun.

We've also raided the FM vaults for a couple of other prizes so we'll be giving away a selection of 12" singles to two runners-up including copies of Someday (You'll Come Running) and Let Love Be The Leader (both signed by all the band in 1989), the Bad Luck poster bag and Everytime I Think Of You.

So if you are coming along to any of the Big 3-0 Tour shows in December enter now by emailing us at info@fmofficial.com with "Tough It Out Competition" in the subject line -

Tell us which show you are attending and answer this question:-

We filmed the video for Bad Luck in an aircraft hangar in Long Beach, Los Angeles. What is the name of the legendary wooden plane which was built in this hangar?

Winners will be selected at random from all correct entries received and will be contacted soon after the closing date. 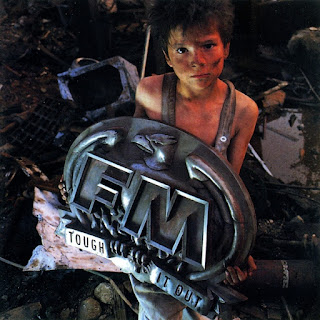 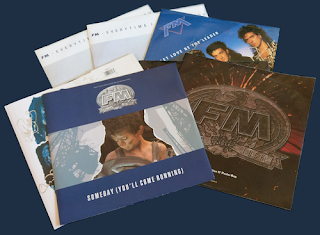 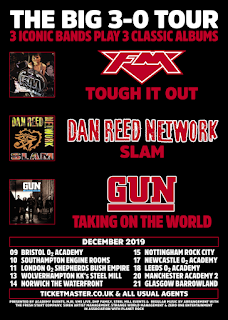