The video for "Digging Up The Dirt" from our new album HEROES AND VILLAINS will be posted on Tuesday 24 February at 13.00h.

If you can't wait that long Classic Rock Magazine will be exclusively previewing the new video from 09.00h.

All CDs pre-ordered via the FM webshop will be signed by the band and shipped before release date.

Order your copy now at FM Heroes and Villains pre-order! 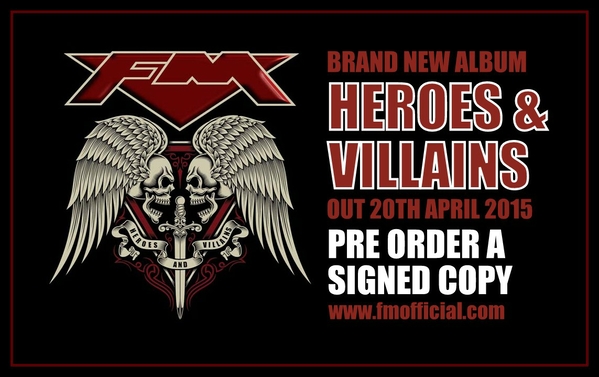 FM heading to Sweden this summer!

The mighty FM are heading to Sweden this summer...

We are very pleased to announce two festival dates in Sweden: 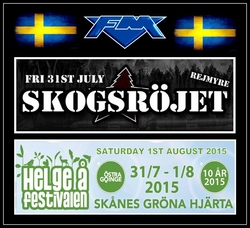 For more details and booking info on all FM tour dates please go to the FM Live page.

Listen to a track from new FM album HEROES & VILLAINS

Classic Rock Magazine are streaming a track from our soon-to-be-released new album HEROES AND VILLAINS.  Listen to You're The Best Thing About Me now at Classic Rock.


HEROES AND VILLAINS will be released via Frontiers Music Srl - 17 April in Europe, 20 April in the UK and 21 April in N. America.


HEROES AND VILLAINS is the first FM album release since signing to Frontiers Music Srl and is due out 17 April in Europe, 20 April in the UK and 21 April in North America.


Looking forward to the release of HEROES AND VILLAINS, Steve Overland says “I think we have managed to capture the best elements of what the band are about in 2015. We had great fun making the record and we are all very proud of the finished result. There are big rock anthems in tracks like Diggin' Up The Dirt and Fire and Rain, and many melodic songs with FM’s trademark hooks and vocal harmonies. There are also not one, but two ballads. One of these (Walking With Angels) is a stripped-down acoustic song, which is something a little different for us.”

Pete Jupp added, “After our shows in November the band was white hot and the creative juices were in full flow, so the writing and recording process for HEROES AND VILLAINS was a prolific and painless affair. We're looking forward to getting back out on tour, straining at the leash.”

Merv Goldsworthy agrees: “All the songs all came together really quickly and the recording of the album went without a hitch. Once we started getting the mixes back of the first few songs we knew we were onto something. HEROES AND VILLAINS is a little rockier and a little more up tempo than ROCKVILLE, and that suits me fine! I'm really looking forward to touring this album this year - bring it on!”

“We're on a roll! Some of the tracks on this album are better than anything that the band has ever produced, and Steve’s voice is as good as ever" says Jim Kirkpatrick.

Jem Davis has given the album a retro sheen by incorporating a Moog, Mellotron and a healthy dose of Hammond organ and he is equally excited: “The band is on fire and the new album sounds HUGE! I think this is going to be an amazing year for FM!”